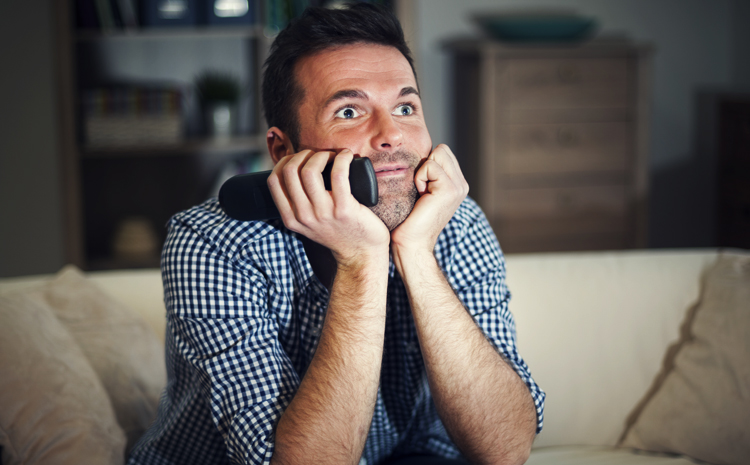 Have you noticed how crime is glamourised on TV? I believe that the sometimes-exploitative

nature of social media is a product of this.

These days social media rarely make me want to ‘L.O.L’. For the security conscious, our first instinct to watching lambs being led to slaughter is ‘Hell oh Hell’.

The public’s appetite for crime is whetted by those big screen detective thrillers, where conventionally ‘unconventional’ cops are endlessly in pursuit of fascinatingly complex criminals. How romantic!

Any real-life murder detective will tell you that in reality most criminals are dense, their motives are simple (love or money) and nine times out of ten the person you meet at the murder scene is the one that did it.

Why TV writers want to make them out to be complex, Machiavellian masterminds remains a mystery to those of us who combat crime for a living. It’s almost as if the media wants to encourage simpletons to take up crime…

Many real-life murders are not planned, but carried out in the heat of the moment, which is why so many get caught. Arguably, Con Men are a far nastier breed. These are people who deliberately set out to hurt people, and continue to do so all their lives.

Sadly, the entertainment industry has chosen to glamourise them too. The BBC made a whole series called Hustle, which starred three of the most gorgeous actors the casting director could find. Each of their stings (or hustles) has the same basic pattern. The con ‘artist’ gains the trust of their target (the ‘mark’) by giving them something for nothing. Having made this small investment, they go on to convince their gullible victim to invest a substantial amount of money in a bogus scheme.

I wonder if this misguided admiration for con men is what inspired the business model for many of today’s social media companies. These are companies who give people free access to their systems and allow them to socialise to their heart’s content.

Few victims ever question why this ‘Fakebuck’ company is giving stuff away free. Perhaps they think the IT companies are philanthropists. I doubt that most people realise the amount of investment made in order to support all these social media users. Maybe they think the board, investors and CEO all volunteer to build all those vast datacenters and write all those appalling algorithms out of the goodness of their hearts.

It’s most likely they have never given the matter any thought. But, on the other hand, by now plenty of people have been told that if you are not paying to use a system, then you are the product. It’s a bit like those Hustle story lines. If at first you don’t pay, you inevitably are the prey.

As I’m sure you know, there are certain social media companies who spoil it for the rest by making their cash by metaphorically tricking their way into your house and stealing your crown jewels. Some might conclude that they are dreadful con artists. Worse still, the pernicious effect of social media on young people is unforgivable. Some companies have adopted many of the underhand tactics of the gambling industry to get young people hooked. They also use behavioural science - but for really devious purposes.

Whilst there is no denying it can do a lot of good when used in the right way, social media has already had a pernicious effect on society - and vulnerable young people in general - through its creepy surveillance marketing business model. One company has 12,000 data points on each of its subscribers. That’s 12,000 aspects of your privacy it sells to advertisers.

This is where Siccura can rescue you. Our mission is to give people a private and secure digital life and, more importantly, give people control of their data wherever it is.

We want to empower you to socialise, but to stay safe at the same time. We want to intercept all problems before they happen, like a more informed type of parental protection!

Whereas the default settings for most social media companies are ‘open house’ and ‘gate crash’, ours are the complete opposite.

Our default settings are closed to the data deviants. For example, we want to secure your messages from intruders. We want to lock up your data as a matter of course. Each picture, Word file or presentation will be shrouded in encryption. And you have the keys to open them. Only you can grant access to unlock those doors.

When your messages and your attachments travel around the social networks, they will be better protected than the US President. They will have a bullet-proof carriage and a series of agents assigned to protect them. In the unlikely event that you are compromised, or if you change your mind about someone, you have a weapon that allows you to withdraw consent.

In the popular vernacular of social media, the con men and crooks need to be told “you’re Basic” and “bye Felicia”.

Honesty ‘wins the Internet’ from now on.